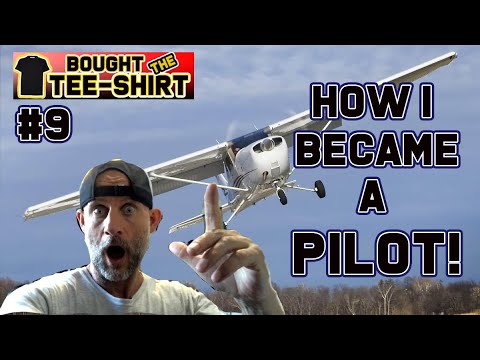 ‘Hello Friends!
So we’re talking about learning to fly. You should all do it! You get one life right and you should take it seriously and achieve your dreams. I’m a qualified pilot and that’s a great thing to be … ‘

Friends, please support the channel from only £2 a month at:
https://www.patreon.com/christhrall

In return you’ll get offered a VIP invite to my annual talk and after-party, an electronic copy of all my books, a monthly ‘insider updates’ video and weekly life-coaching LIVE seminar and your name in the YouTube podcast credits

Buy me a coffee!
https://ko-fi.com/christhrall

Sign up for my NON-SPAM newsletter and receive two FREE books:
https://lnkd.in/gN5mdP6

Subject: Who Turned the Lights Out?

Here I am in sunny Florida, in week two of flight-school training for a private pilot’s licence.

Firstly, please excuse any punctuation, grammar and spelling mistakes in this e-mail. The only thing you learnt at my school was how to push a big cupboard in front of the headmaster’s office so he couldn’t get out. He was only five foot one – which made it all the more hilarious! I think our school must have produced quite some many furniture removers.

The other day I flew solo for the first time. I can’t believe these maniacs trust me with a whole aeroplane – but as they have an airport full of them, I suppose they can afford to lose one or two.

Yesterday evening I flew a Cessna 172 to a tiny airport called Okeechobee, right out in the sticks, to do some practise landings. My instructor had warned me that it got dark around 9pm, so I decided to leave at 8.30pm for the half-hour flight back to Fort Pierce where the flight school is. For a student pilot, it’s strictly against the FAA regulations to fly solo at night.

Just as I’d taken off, it started to sink in it was getting dark already. But as I climbed to cruise altitude, I realised that wasn’t such a problem – the problem was the swirling fog coming out of nowhere and reducing visibility to under a mile! No pilot is supposed to fly ‘visual’ flights (i.e. without specialised instruments and training) in less than three miles visibility unless they’re granted special landing clearance from Air Traffic Control. If I didn’t get this permission, it would mean flying back Okeechobee and then a sleep in the plane to avoid the alligators.

As it got darker, I thought it best to make myself visible – that way the trees might see me coming and get out the way. I put on the red flashing beacon light, the white strobe lights, the red and green navigation lights, the tail light and the landing spotlight. I would have put on the Christmas lights, too, if I could have found them and at one point was considering setting fire to something – perhaps a wing and anything else you have two of. I radioed through to the control tower, hoping it would be that the guy from the Airplane movie – the one who’s so completely wrecked on every substance known to man that he would clear me to land upside down and backwards if I wanted. Fortunately, it was him – either that or just a very nice man with a soft spot for lost English halfwits. Not only did he clear me for approach, he didn’t even mind when I mistakenly gave my position as east of the field instead of west!

Actually, it’s easier to fly at night in many ways. You can use the street lighting for navigation and the airports have a flashing green and white beacon (so long as your pointed in the right direction or it seems to go out). He gave me ‘number two’ in the traffic pattern behind another plane that I had to avoid crashing in to. I had no idea what it looked like, but at night that’s not such a problem – especially when he or she has more lights than you do.

Then he very kindly gave me a short cut, ‘straight-on’ approach instead of a ‘holding pattern’ landing. By this time, it was great fun, a light aircraft landing on a strip designed for DC 10s and jets. The runway is all lit up and it’s just for you! I was hoping he would call out the Fire Brigade, some ambulances and the National Guard – maybe even evacuate the local city, too – but then my instructor might get to hear of it, so maybe not.

I did probably the best and most rewarding landing I will ever do, thanked the very nice man in the control tower (who even directed me to the parking ramp!) and wondered if like the guy in Airplane, he was floating upside down while sniffing glue.

The good news is that the experienced pilots I’ve spoken to say you learn by these things. And that my lack of knowledge didn’t stop me passing the theory exam the next day with 87% – and I didn’t even cheat . . . or have to move any cupboards.

Did you know the second language in Florida is Spanish?

Chris Thrall is the author of the memoir: Eating Smoke: One Man’s Descent into Drug Psychosis in Hong Kong’s Triad Heartland.