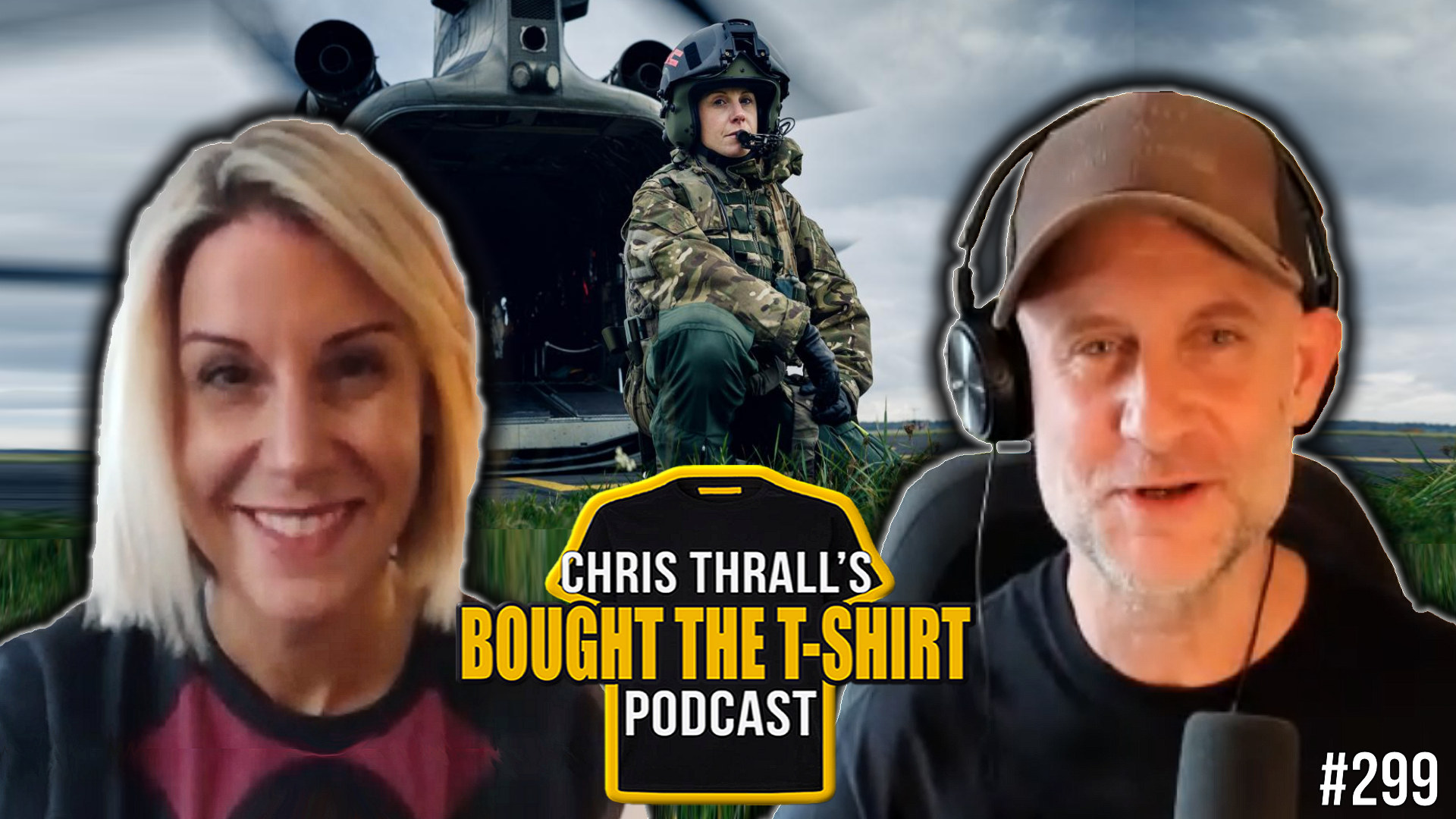 Chinook Crew ‘Chick’ features Liz McConaghy who is an RAF veteran & served with a Chinook Crew over twelve deployments in Iraq & Afghanistan.

At 21, Sergeant Liz McConaghy was the youngest Chinook crew person to see action, serving in Iraq. She was the longest-serving female Chinook aircrew member on 18(B) Squadron. Liz completed two tours of Iraq and a further ten deployments to Afghanistan. During her deployments, she survived not only a near fatal strike onboard her CH47 and numerous enemy fire contacts, by returning fire from both the M134 Minigun and M60 weapons. Her biggest honour of all her duties, was serving on the Medical Emergency Response Team. (MERT) This involved recovering wounded soldiers from the battlefield, often under fire. She was also on the last 1310 Flight deployment in Afghanistan, as the British forces withdrew.

Liz – I did two diployments to Iraq when I was twenty-one and I was the youngest air crew to go to Iraq. Then I went to Herrick in 2005 and did 10 Herricks, but unlike the army or the Marines would have done six month tours, we only did three months because we had to keep our currencies back here in the UK. So we did three months at a time but because of that it meant it came every freaking year, so it was relentless. I should have bought property out there because you know I spent that much time over there.

Become a member and community supporter at Locals