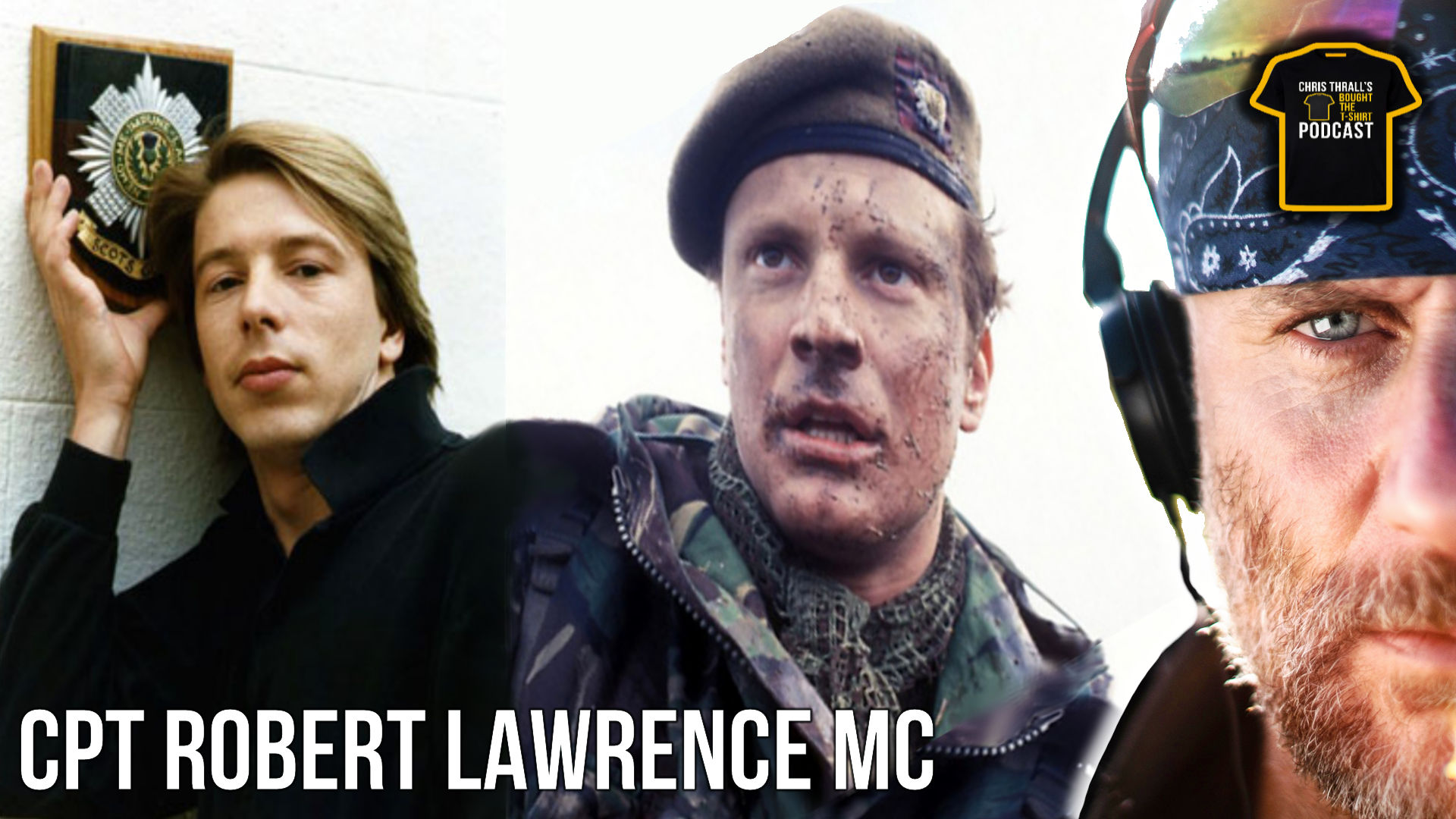 Tumbledown the true story, features Captain Robert Lawrence of the Scots Guards, who lost 43% of his brain from a sniper’s bullet.

Captain Robert Lawrence MC, is a former British Army officer with the Scot’s Guards. Whilst fighting in the battle for Mount Tumbledown, Robert was severely wounded by a bullet going through his skull. The Argentine sniper then fired shots at a Scout Helicoptor which was evacuating the wounded. Awarded the Military Cross for bravery, he spent a year in a wheelchair, being almost completely paralyzed.

Robert had lost 43% of his brain. Doctors predicted he would never walk again, but to their amazement, he eventually regained most movement. Robert retains a slight limp and a paralyzed left arm. The story was adapted into a BBC television play, starring Colin Firth.

Robert – At the time in the battle, I ran out of ammunition. I’d already taken the decision to throw my mags and I took to picking up Argentinian F.N.’s.

The trouble with that is because you never know what’s in it when you bring it. Could be completely empty so I wasn’t going to throw away my S.L.R. I had the misfortune of stupidly thinking I could change the mag on an F.N. It looks so like an S.L.R. but it has a different magazine clip. When people are shooting at you, you don’t stop and start examining the weapon you’re holding. So that’s how I ended up with the two weapons. They translated that into some sort of ‘True-Grit’ firing with both hands, which was pretty much bollocks. Myself on a ridge with my arms in the air shouting, ‘Isn’t this fun?’, well that’s bollocks as well.