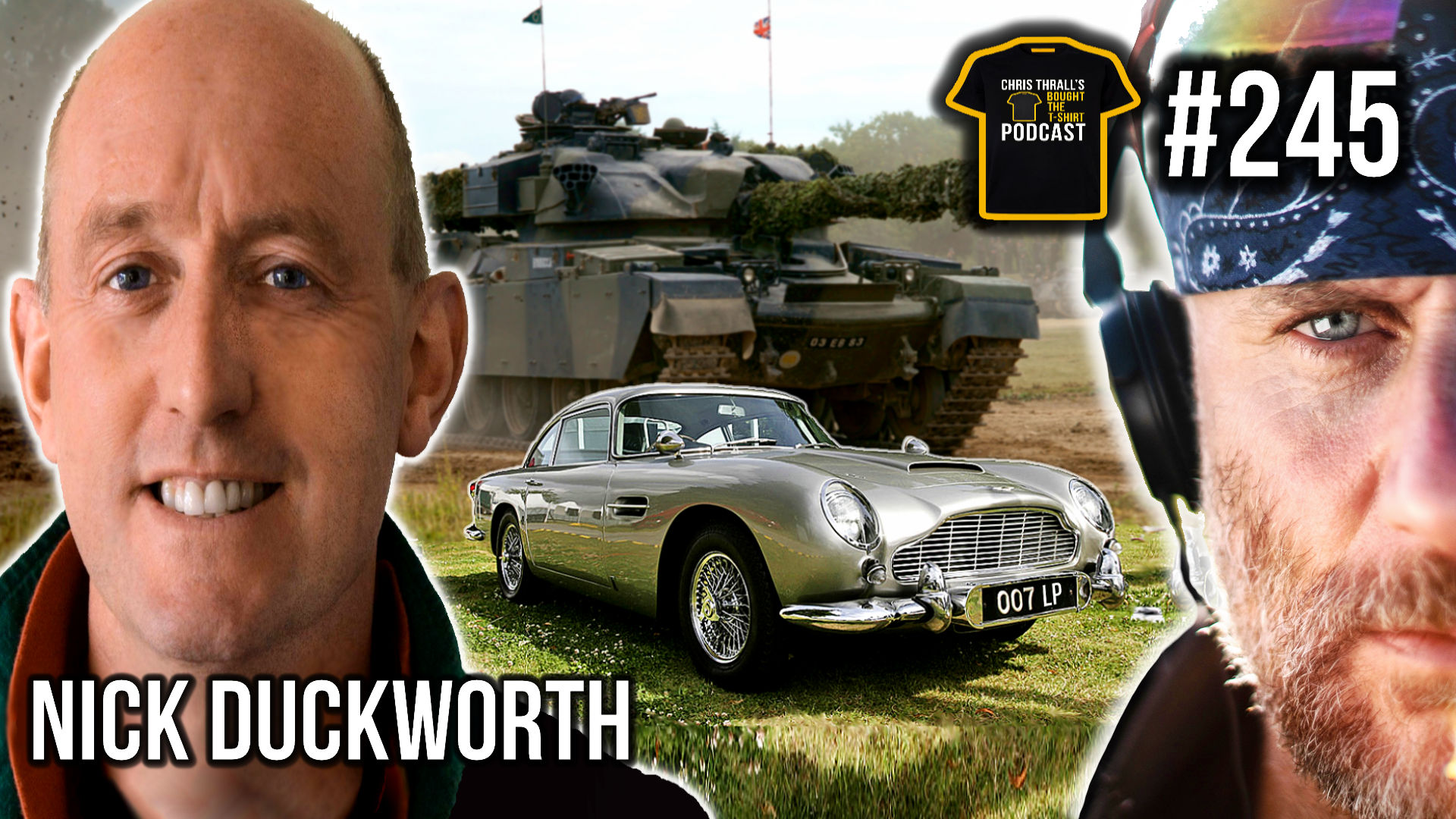 Nick Duckworth is a veteran Royal Tank Regiment Commander and he was part of the NATO defence during the cold-war. After leaving the military, Nick found work in Iraq as a private contractor. His team went through quite a few close calls, whilst working there. After Nick was recommended, he was put forward to become Aston Martin’s Senior Production Specialist. He introduced clients to the brand, the cars and the Aston Martin family. Nick tells us how the Aston Martin DB5 was introduced to the James Bond films. In November 2021, Nick moved to Group Lotus.

Nick – There’s no such thing as a free lunch Chris. If you’re out there earning that sort of money, someone pays somewhere. One incident we were involved in, was the BIAP road. That stood for Baghdad International Airport road and it was about 10ks of dual carriageway. The bike road connected the international zone where the Americans, the Brits and everyone else lived.

When you left the green zone, that bit of dual carriageway just became a free-for-all. The insurgents made it known that they were going to turn that place into the most dangerous bit of road in the world. All the people that live in those areas, they’re all driving down the dualcarriageway, just like you’d expect anywhere else in the world. We were in the middle of it and on one occasion we came out of the international airport and we were getting close to the international zone. We were in four by fours at that time which fortunately were armored.